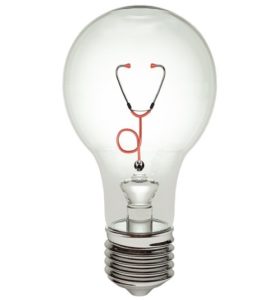 Canadians are right to be proud of their healthcare system, but one area where challenges exist – and where some practical changes could bring about big improvement – is in the adoption of innovative medical technologies. Too often, Canadians have limited access to health technologies that are widely adopted in other countries.

These technologies are varied. They might be orthopedic devices, technologies that support cardiovascular health, disease-specific remedies, or unique innovations that address chronic pain. And the organizational profiles are equally diverse. It doesn’t matter if you’re a small, innovative Canadian company, or a large multinational, the truth is that the Canadian healthcare system – despite its many strengths – is not built to embrace innovation.

Intellijoint Surgical is a good example. The Kitchener, ON-headquartered company’s flagship surgical application, Intellijoint HIP, was the result of a final year design project at the University of Waterloo. The technology, which helps make hip replacement surgeries more accurate, has been a great success, with the company having since added a new technology to its roster, Intellijoint KNEE. Intellijoint Surgical has been on a winning streak, selling its products into global markets, and reinvesting in innovation here in Canada – despite the fact that Canadian sales are not the company’s major growth driver.

It might be tempting to dismiss these numbers. After all, it’s just one example. There could be circumstances unique to Intellijoint Surgical that help explain the situation. However, an examination of a second Canadian medical device company, in a similar market, tells a similar tale.

Synergy Spine Solutions is another remarkable Canadian success story. The Cambridge, ON-headquartered company was founded in 2005 by a Canadian neurosurgeon. It has developed a revolutionary artificial cervical disc replacement technology, and possesses over 55 world-wide patents.

One would expect that such an impressive company would have been embraced here at home. However, Canada, represents less than one per cent (0.6) of Synergy Disc’s global sales. On a per-unit basis, the United Kingdom accounts for 25 per cent of sales and Germany represents 36 per cent. Australia, which has a population of 25 million – smaller than Canada’s 38 million – is Synergy Disc’s largest market, at 37 per cent   Upon entering the US market, which represents about 60 per cent of the global disc replacement market, Synergy Spine Solutions will likely see a dramatic change in those figures.

These are Canadian companies – their technologies were conceived of and built, with Canadian know-how, yet Canadians are not receiving the full benefit of the innovation.

Why? The problem is easy to describe, and hard to fix. Canada has a supply side market. We establish budgets, and then fill those silos. The market isn’t built to respond to demand. It has difficulty pulling innovation into it. The system is unlikely to purchase products that deliver value over time, because the incentives are to acquire volume at lower price points. The result, then, is to purchase cheaper, commodified products, in order to stay under budget, and not to rock the boat.

This reality is faced by everyone. It doesn’t discriminate between smaller, innovative Canadian companies, and bigger multinationals. One good example is DaTscan, a radiopharmaceutical diagnostic agent to help physicians evaluate patients with a suspected parkinsonian syndrome (PS), such as Parkinson’s disease (PD), that was developed by GE Healthcare, and that helps visualize dopamine transporter levels in the brain. It’s of particular value in hard-to-diagnose cases.

DaTscan is widely utilized around the world, and received European Marketing Authorization in July 2000, and approval by the Federal Drug Administration (FDA) in 2011. The technology was approved in Canada late in 2017. Since then, it has had virtually no uptake.

It is true that Canada represents a small portion of the global market; nonetheless, the data to date has been discouraging.  DaTscan adoption in individual European markets, as well as in Japan, is in the many thousands of doses per country, whereas in Canada, as of the third quarter of 2020, there were only 130 doses.

This, despite the fact that DaTscan is an affordable, easy-to-use, consumable product. According to a 2018 paper in the Journal of Parkinson’s Disease, neurologists in Canada diagnose more than 25 Canadians with Parkinson’s disease each day. By 2031 that number is expected to rise to more than 50 people a day. That’s an annual jump from over 9,125 cases in 2018, to more than 18,250 by 2031. Recent data from the United Kingdom indicates a misdiagnosis rates as high as 26 per cent.  In Canada, it is estimated that 10-20 per cent of diagnoses are uncertain, meaning that, by 2031, 1,825 to 3,650 Canadians could benefit from DaTscan every year.

The challenge with DaTscan is similar to those of the Canadian companies – despite the fact that the products are radically different. DaTscan is perceived as a niche product for a small market. In a supply-side system, if there is limited motivation to establish reimbursements and to update codes, nothing happens. As well, costs are misaligned with demand. Hospitals and laboratories, which are responsible for budgeting for DaTscan, are often in the red and reluctant to do tests that might raise costs, despite clinical demand. For example, DaTscan requires a SPECT scan, and incorporating DaTscan usage into a radiology budget can be challenging.

These various issues play into a larger understanding of Value Based Healthcare (VBH), and the role of Value Based Procurement (VBP), which provides a wider view of the overall benefit of a technology. Ideally, a product should be acquired with an understanding that it delivers the highest value to both the patient and to the system.

However, nowhere is the cost of a missed or late diagnosis of a disease like Parkinson’s (both in terms of treatment, and also with regard to human suffering) accounted for when it comes to paying for DaTscan and similar products. Likewise, if a product raises the cost at the point of surgery, there is limited incentive to acquire it, even if it might improve the patient experience and reduce cost over time.

And though we often speak of money, let’s never forget that in healthcare the job is to minimize human suffering. What, for example, is the cost of chronic back pain, both to individuals and to our healthcare system? It’s a heavy burden: pain clinics are often reliant on medications that risk dependency, and surgery is a radical and expensive step that involves specialist referral. However, one promising technology, Spinal Cord Stimulation, has shown remarkable outcomes when addressing chronic back pain.

And the uptake in Canada? Not so good. Industry data on access based on disease incidence indicates that, for Spinal Cord Stimulation, 17 per cent of Canadians with incidence have access, compared to 40 per cent of Australians, 49 per cent of people in Western Europe, and 77 per cent in the United States.

Many other technologies have similar challenges. The answer, given the structure of our healthcare system, is to implement Value-Based Procurement. We already have some success stories. Unfortunately, as is so often the case, they exist in isolation, as pilots, and have yet to result in system-wide change. One day soon, we can hope, we’ll have a healthcare system where funding silos are flattened in order to track the patient journey, and to measure the benefit of innovation. Then, we’ll be able to pull innovation into the system, and to make the best investment for the patient.

Timothy Wilson is a research analyst and business/technology journalist with a special interest in healthcare.